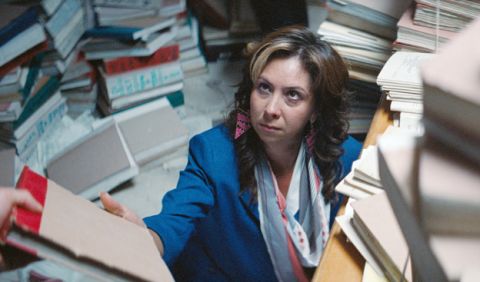 The Panamerican Machinery is a construction-machine factory in Mexico City. The employees are happily winding down for the weekend, just like every Friday, except that this day a shocking event breaks their routine: their beloved boss, Don Alejandro, is found dead in the back of a warehouse. Soon this discovery leads to further ones: the company is bankrupt, the workforce have no prospects of employment elsewhere and no hope for any retirement funds. In a state of confusion, fear and grief they decide to hide his death and play out an improbable solution. 
Born in Mexico in 1986. He studied at the International Film School in San Antonio de los Baños, in Cuba, and at the Polish National Film School, in Lodz. Del Paso is the director of short movies such as Black Mountain (2009) and Siamese (2013). Panamerican Machinery is his first feature film.