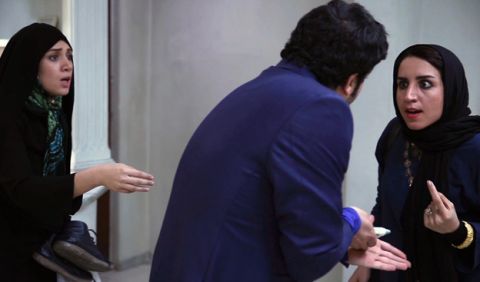 After the sanctions imposed by the US and Europe against Iran, Iranian people face numerous economic problems. A group of families from different towns decide to migrate to the capital to solve their financial situation. They spend all their savings on buying a house, but they found out the flat has been sold to a few buyers. They are looking for a way out for their problem when they find a large sum of money in the flat. Now they face the ethical dilemma of taking the money or telling the truth to the police. 
Born in Tehran, Iran, in 1978. Studied cinema directing and directed short movies such as The Road, Khat Fasele and Zartosht Gharbi. Maat is his first feature.