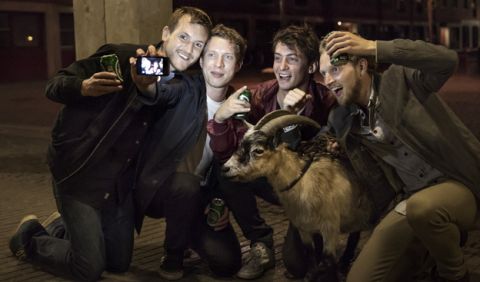 It`s summer in Copenhagen; a time of endless days and carefree nights. Simon goes to medical school with his best friend Knud. Together with their friends Soren and Esben the boys party, drink and chase girls and wake up the next day only to do the whole thing all over again. But it is also a time of change between the friends and when everyone, except Simon, decides it’s time to sell their shared apartment, it creates a growing tension within the group. Whilst the others gravitate towards adulthood, Simon is not ready to let go of his adolescent life.


Born in Copenhagen, Denmark, in 1974. He studied film at the National Film School of Denmark and has written screenplays for more than 15 feature films, including King`s Game (2004), The Girl With the Dragon Tattoo (2009) and A Royal Affair (2012, 36th Mostra), for which he won a Silver Bear in Berlin Film Festival for best screenplay. In the Blood is his directorial debut.