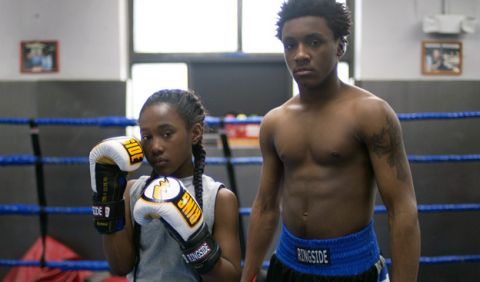 Eleven-year-old Toni becomes fascinated by the dance team she sees practicing in the same gymnasium where she boxes. Enamored by the power and confidence of the strong community of girls, Toni spends less and less time boxing with her older brother, and eventually joins the group. As she discovers the joys of dance and of female camaraderie, she grapples with her individual identity amid her newly defined social sphere. 
She lives in New York and works as a director, producer and camerawoman on documentary, narrative, commercial and experimental contents. She directed the documentary Twelve Ways to Sunday (2010). The Fits is her first fiction feature.