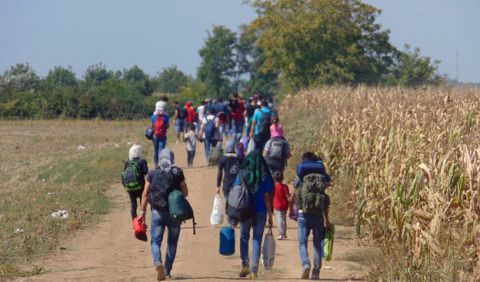 The documentary film depicts refugees from Syria, Afghanistan and Eritrea, risking their lives in search of some basic freedom and safety. The stories are told through their own eyes as the phone lens accompanies them and interviews that tell us their stories. 
Studied literature in Berlin before taking up work as a freelance author and journalist for radio and television companies. Since 1994 she has focused on longer documentaries and reports. Directed documentary films like Who’s Afraid of Europe? (2008), Babske Radio (2010) and One Day in Worldwide Berlin (2015).