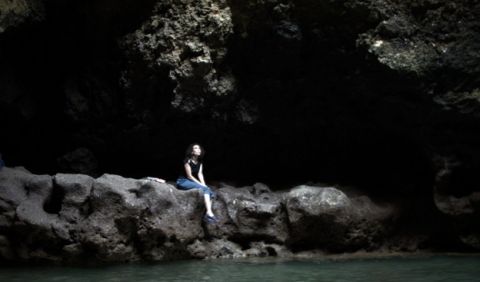 The film was inspired by the letters exchanged between two leading Portuguese poets, Sophia de Mello Breyner Andresen and Jorge de Sena, during the exile of the latter between 1957 and 1978. Due to political and other circumstances, Jorge de Sena moved to Brazil and then to the USA, pursuing an academic career. He would never return to his home country. The correspondence between the two poets is a testimony to their quest for freedom during Portugal’s fascist regime. But their letters also offer an insight into the profound affinity between two human beings. Theirs was a friendship that both were determined to sustain, unblemished, until death. 
Born in Portugal in 1952. She majored in Painting and Sculpture by the Lisbon Advanced School of Fine Arts. In cinema, she is active in different areas like costume design in Francisca (1981, 15th Mostra) by Manoel de Oliveira, and assistant director to Werner Schroeter in The Rose King (1986). She directed the fictional features The Sound of the Earth Shaking (1990), Fragile as the World (2001), The Invisible Collection (2009) and A Woman’s Revenge (2011), and the documentaries Intromissions: Congratulations Manoel de Oliveira (1998) and The 15th Stone: Manoel de Oliveira and João Bénard da Costa in Conversation (2004, 31st Mostra).