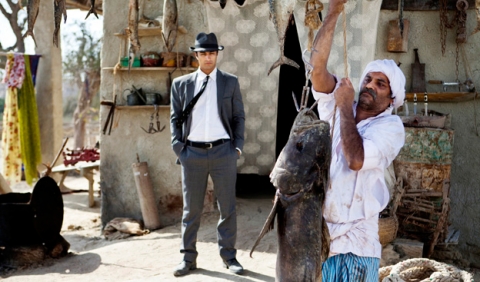 Detective Babak Hafizi is ordered to investigate the suspicious suicide of an exiled political prisoner on the remote island of Qeshm in the Persian Gulf. In an abandoned ship next to an ancient cemetery in the desert, Hafizi stumbles upon an even bigger mystery. Paranoia and hallucination take over as this dangerous investigation continues, and the truth remains elusive. Fifty years later an old box is discovered in the back of a closet and its contents shine a strange light on the mystery.