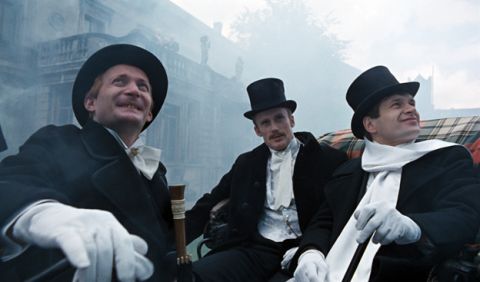 The end of the nineteenth century. In the city of Lodz, the craddle of Polish textile industry, three friends: a Pole—Karol Borowiecki—, a German —Max Baum— and a Jew —Moritz Welt—, use various tricks enforced by ruthless cotton magnates in their persuit of fortune. A film adaptation of the homonymous novel by Władysław Reymont.