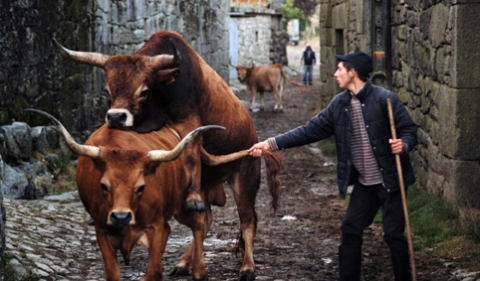 A look into an endangered community: farmers who practice subsistence farming in a mountainous village of northern Portugal, deserted because of immigration. Between the evocation of the past and their uncertain future, it follows the 49 inhabitants through four seasons. Among the inhabitants are António, a former emigrant who fulfilled his dream of returning home and prepares the village festivities for the coming summer, and Daniel, a young shepherd who dreams of love at dusk. 
Born in Portugal in 1979, Plácido began directing and shooting music videos at the age of 19. He later studied cinema in Lisbon and in Babelsberg, Germany. He worked as a camera assistant and cinematographer of shorts, documentaries and commercials before directing (Be)Longing, his directorial feature debut.