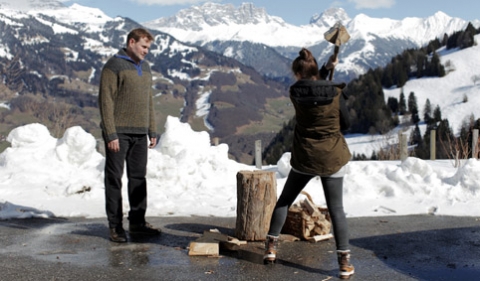 Thomas Engel is always anxious to avoid conflict. Just like every other year, this friendly chap in his mid-forties takes his family for a skiing holiday to the Swiss Alps. This year, in addition to his wife and his adolescent daughter, another girl comes along: Sarah, his boss’s daughter. Thomas is looking forward to a relaxing vacation in the snow for all of them. But after the very first night Sarah finds herself in distress, and nothing is as it was before. Thomas feels responsible, but his attempts to help the girl entangle him in a web of lies and half-truths.