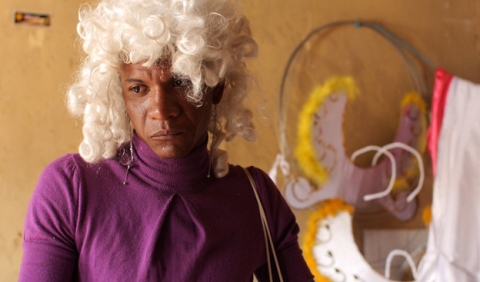 In the middle of the Atlantic Ocean, the inhabitants of a 20-kilometer-long island work together to make something beautiful out of nothing: a Carnival. During the month leading up to the festivities we’ll discover the struggles needed to achieve it, through Tchinda and her friends. 
Born in Barcelona in 1970, he worked as a cinematographer in several movies. Directed the short Alicia Portrayed (2002) and two full-length films: Fuente Álamo, the Caress of Time (2001) and Butterfly (2007). 
Born in Barcelona in 1983. He is a journalist and works as a screenwriter for Spanish TV. Tchindas is his directorial debut.