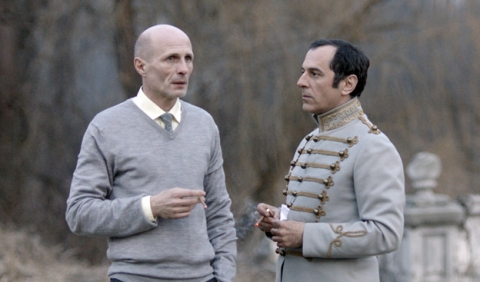 Russia, 2017. The world could be on the verge of a great war. Revolving around an unfinished building, a diverse group of outsiders struggle to find their place in this rapidly changing society, making up the mosaic of existence that is life itself. 
Born in 1976 in Moscow, Russia. He studied at the Russia Film School (VGIK) and made his feature film debut with The Last Train (2003). He also directed Garpastum (2005) and Paper Solid (2008), winner of the Silver Lion for best director at the Venice Film Festival.