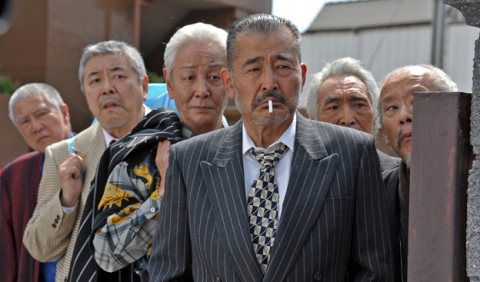 RYUZO AND HIS SEVEN HENCHMEN

RYUZO AND HIS SEVEN HENCHMEN

Fully retired and discarded by his son’s family, former yakuza boss Ryuzo is living a boring life. Sick and tired of being regarded as “old”, he calls on his former lieutenant Masa for some drinks. Talking about the good old days and the yakuza members of the past, they decide to organize a reunion. Five or so show up, and agree to form a yakuza team of the best —the Yakuza Hall of Fame. But Keihin United, a shady organization that has control over what used to be Ryuzo’s turf, gradually begins to squeeze the former yakuza, leading to a showdown between the old and the young.