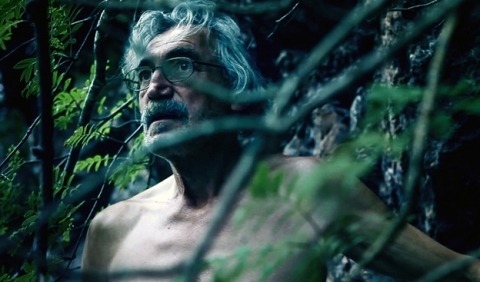 Twenty years ago Garnet Frost escaped London and headed into the desolate Scottish wilderness. Setting off without a map, disaster struck: trapped in the region of the Loch Arkaig, lost, cold and alone, he resigned himself to die. But he was saved by a lone fisherman. Since then, Garnet has been haunted by a memento from his doomed trip. He believes an unusual wooden staff he found while waiting to die is actually a marker for one of history’s most famous lost treasures: a fortune once owned by Bonnie Prince Charlie and lost since 1746. Now, Garnet is ready to return to the mysterious loch in his quest to find the gold. 
Directed, filmed and edited for “National Geographic”, “The New Yorker”, “Vanity Fair” and “The Guardian”. He also directed short films such as Chutzpah (2013). Garnet’s Gold is his first feature.