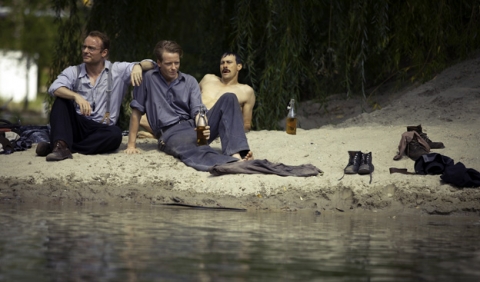 Spring of 1941. At a Soviet factory, a German team works in cooperation with Russian specialists. Hans, a German engineer, makes a mistake which causes the explosion of a furnace and some deaths. He then finds himself depending on Pyotr, a Soviet worker and the only witness of his activity in the accident area. Pyotr also depends on Hans, because his own presence near the furnace can result in an accusation of subversive actions and a death sentence. Mutual suspicion turns into friendship.