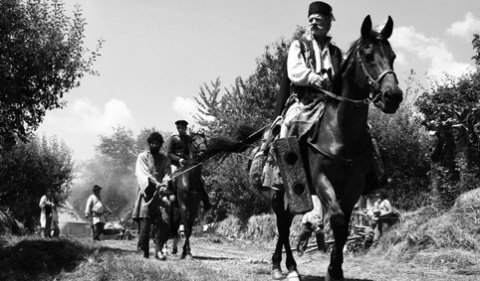 In 19th century Romania, Costandin, a policeman, travels through the country with his son in search of a fugitive gypsy slave.