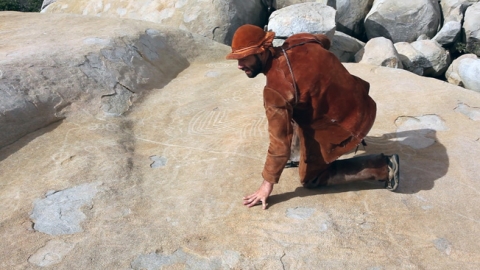 This fantastic documentary seeks to rescue the Brazilian prehistoric records through popular culture, folklore and legends connected to it. A look at the origin of Brazilian history led by real characters, elders of Brazil’s interior, who keep the myths that have been passed down for centuries in small social groups. With texts by Bernardo Silva Ramos, one of the pioneers in the discovery and interpretation of rock art. The film is a part of the Tela Brilhadora program.

The film will follow the screening of KID, by Júlio Bressane


Born in Brazil in 1972. Started his career as a photographer in the late 1980’s. Since 1991, he has worked with film and television, first in the cinematography department then in the art department, where he still operates. Origin of the World is his first feature film.