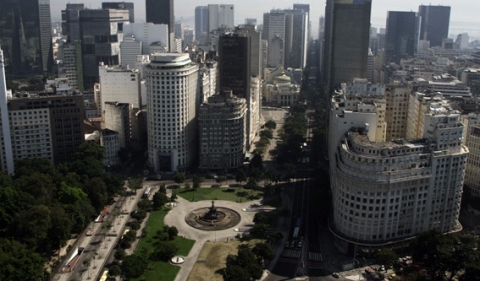 In downtown Rio de Janeiro, an empty town square with a dry fountain and an underground car parking. Forty years ago Monroe Palace was there, the former headquarters of the Brazilian Senate. A history of animals, military and architects, past and future.