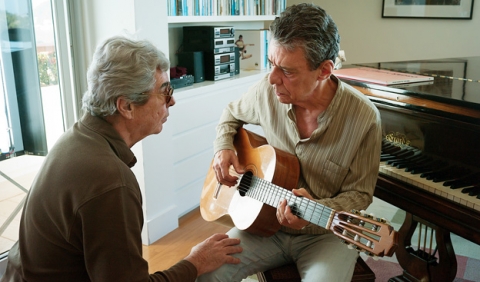 An essential figure of Brazilian culture throughout the last 50 years, author, playwright and composer of an compilation of songs, Chico Buarque engages in a dialogue with his own recollections in this documentary. The musician’s search for his German brother, whom he never got to meet, serves as one of the axis for the narrative.