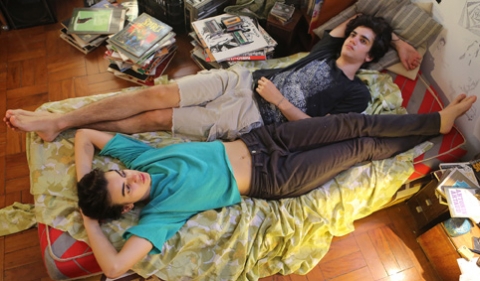 Brazil, 1984. Estela lives a troubled transition through adolescence. Sex, love and friendship: it all seems very complicated. Her uncle Carlos is her hero, and she dreams about a trip to California to visit him. But it all falls apart when he returns thinner, weaker and sick. Between crisis and discoveries, Estela will face a reality that will change the way she sees the world. 
Born in São Paulo in 1969. A director, actress and presenter (working in TV channels such as MTV, TV Cultura and Canal Brasil), she graduated in cinema from the University of São Paulo. In 1996, she directed the short movie Almoço Executivo, in partnership with Jorge Espírito Santo. The short won the best direction award at the Gramado Film Festival. Person made her debut as a feature film director with the documentary Person (2007), about her father, the filmmaker Luiz Sérgio Person (1936-1976). California is her first fictional feature film.