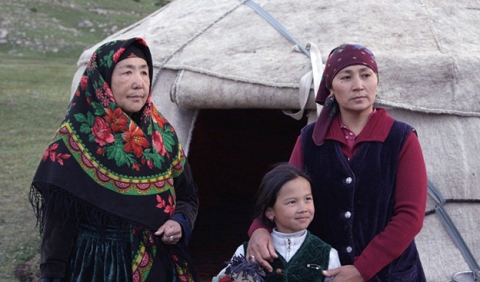 A family of nomads live in the high, remote mountains of Kyrgyzstan in Central Asia: elderly herdsman Tabyldy, his wife Karachach, their daughter-in-law Shaiyr and their seven-year-old granddaughter Umsunai. Shaiyr`s husband died a long time ago and her son studies in the city and visits them only during the summer holidays. Life goes on as normal, but another resident appears in Shaiyr`s life: the meteorologist Ermek, whose weather station is located near the family`s home.