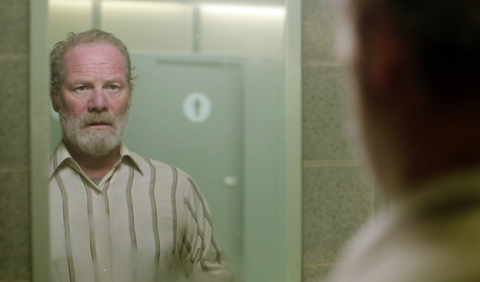 Hector McAdam is embarking on his annual journey from Scotland to a warm refuge in London, where comrades and a Christmas dinner await him. But, aware this might be his last epic trip, Hector opts for some paths not taken in years to reconnect with his past and reunite with those he left behind. Life without a home isn’t easy but Hector is resilient, accepting of people, and life. His cross country odyssey brings chance encounters with old and new companions and stirs up memories, resentments, regrets and fresh hope for the future. 
Started his career as a photojournalist, before studying law and working as a lawyer. He acted in the films Plunkett & Macleane (1999) and Lotus Eaters (2011). Hector is his first feature as a director.