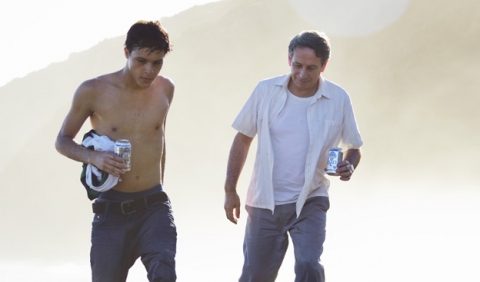 Wealthy Armando lures young men to his home with money. He doesn’t want to touch, only watch from a strict distance. He also follows an elderly businessman with whom he seems to have had a traumatic relationship. Armando’s first encounter with street thug Elder is violent, but this doesn’t discourage his fascination with the handsome teenager. Financial interest keeps Elder visiting him regularly and an unexpected intimacy emerges. But Armando’s haunted past looms large, and Elder commits the ultimate act of affection on Armando’s behalf. 
Born in Merida, Venezuela, in 1967, he studied molecular biology at the University of Tampa, Florida, and participated in several film workshops at New York University. He moved back to his country in 1998 to direct the documentary series Expedición. He also directed the short movie Elephants Never Forget (2004), presented at the Cannes Film Festival. From Afar (2015, 39th Mostra), his first feature, won the Golden Lion award at the Venice Film Festival.