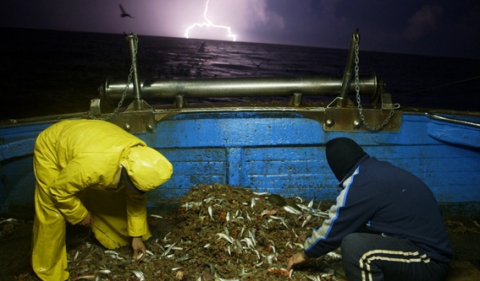 The Italian island of Lampedusa is in the firm grip of winter`s sadness. The tourists have left, the remaining refugees fight to be taken to the mainland. As a fire destroys the worn down ferry that connects the island to Italy, the mayor Giusi Nicolini and the local fishermen struggle for a new ship. While the immigrants are finally transferred by plane, the fishermen occupy the port in order to protest. The tiny community at the edge of Europe is engaged in a desperate fight for dignity, and for solidarity with those who many consider the cause of the ongoing crisis: the African boat people.


Born in Vienna, Austria, in 1986, he studied stage and film design at the University of Applied Arts, in Austria’s capital. Directed the short film Call Back (2010) and the medium-length documentary A Day’s Work (2011).