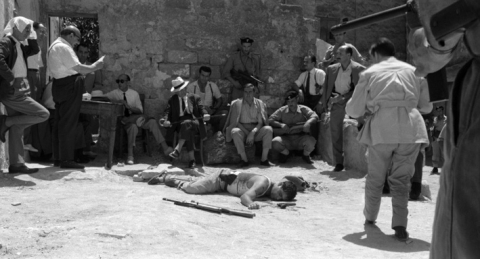 In 1950, the 28-year-old Salvatore Giuliano is found dead in Sicily. In the 1940’s, he became involved with separatist politicians and was wanted for it. After Sicily self-declares its independence, Giuliano is judged, even after dead.


Born in Naples in 1922, he graduated in law. In 1946 he moved to Rome, where he worked as a theatre actor and assistant director for filmmakers Luchino Visconti, Michelangelo Antonioni and Mario Monicelli. In 1951 he began writing scripts and, in the following year, he directed his first movie, replacing Goffredo Alessandrini in Red Shirts. Later, he co-directed with Vittorio Gassman the feature Kean (1957). In 1958, he made his first solo film as a director, La Sfida, awarded at the Venice Film Festival. He also directed movies such as The Magliari (1959), Hand Over the City (1963, 30th Mostra), The Mattei Affair (1972, 30th Mostra) and The Truce (1997), winner of the audience prize at the 21st Mostra. Died in Rome in 2015 at the age of 92.