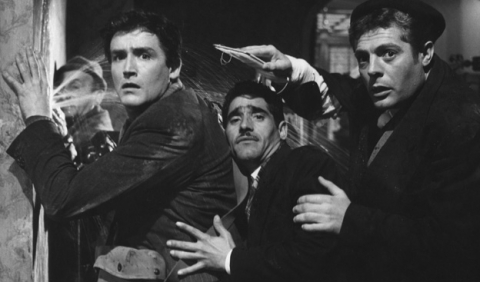 An unlikely group of five thieves receive information about the possibility of an easy and certain scam: to break a safe. To get prepared, they receive classes from a retired thief. When the day comes, however, they realize there were some details they forgot to consider.

Winner of the Silver Seashelf award at San Sebastián.