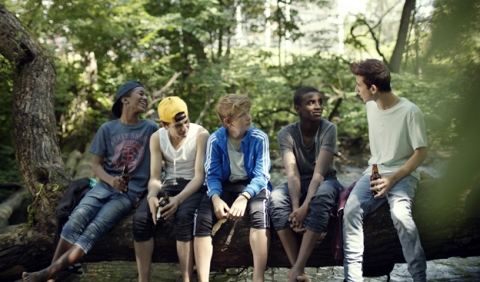 ONE NIGHT IN OSLO

ONE NIGHT IN OSLO

Sam and Amir, two 15-year-olds with an immigrant background, have known each other all their lives and are closer than brothers. Sam has fallen for the beautiful Norwegian girl Thea, who is Amir’s ex-girlfriend. He knows he has to tell his friend, but doesn’t know how. When he finally finds the courage to confess, Amir’s reaction is far worse than he could ever have imagined. The night before the Norwegian Day of Liberation becomes the most important night in the friends’ life. Can Sam and Amir forgive each other or is this the end of their friendship? 
Born in Norway in 1983, he graduated from the Norwegian Film School. Svensson is the director of short movies such as Life Worth Living (2006), made in partnership with Jyrki Väisänen, and Friday (2010). Made his debut as a feature film director with Must Have Been Love (2012). One Night in Oslo is his second feature.