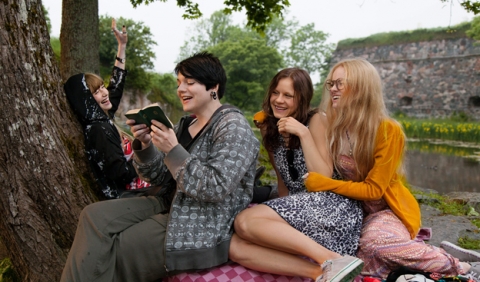 The 18-year-old girls Jessica, Jenny, Taru and Aino are on the verge of adulthood as they lose their innocence and, at times, their faith. The film is based on true events: in 2011, four girls from Helsinki kept provocative video diaries about their lives during the course of a year. 
Studied at the Helsinki University of Art and Design, in Finland. Directed documentaries and TV series, as well as short movies such as The Wedding (1986), Break-In: The Anatomy of a Gig (1993) and Hedgehog Thing (2006). He also directed the feature film Brothers (2003).