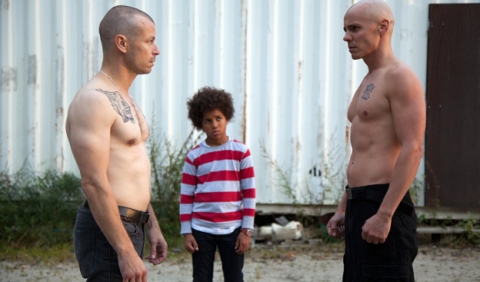 Teppo, the central figure in a neo-Nazi group, meets and falls in love with the beautiful blonde Sari. However, when he meets her son, he has a big surprise: the boy called Rhamadhan is black. Sari gets pregnant and Teppo is forced to make a choice between love and hate. 
Born in Nicosia, Cyprus, in 1976, he moved to Finland when he was a child. He studied at the University of Art and Design of Helsinki and directed his first feature, Beauty and the Bastard, in 2005. He is also the director of films such as The Home of Dark Butterflies (2008), Forbidden Fruit (2009) and The Grump (2014).