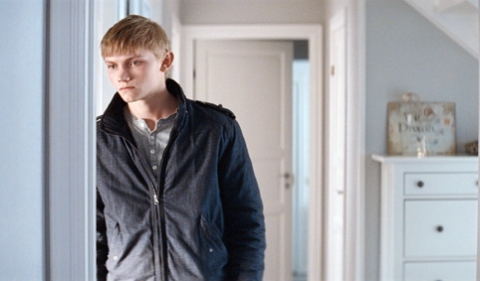 When John returns home to his father after serving time in prison, he is looking forward to starting his life afresh. However in the local community his crime is neither forgotten nor forgiven. John`s presence brings out the worst in everyone around him and a lynch-mob atmosphere slowly takes shape. Feeling abandoned by his former friends and the people he loves, John loses hope and the same aggressions that previously sent him to prison start building up again. Unable to leave the past behind, he decides to confront it. Born in Gothenburg, Sweden, in 1983, he has a master’s degree in film directing from the Polish National Film School in Lodz. During the course, he directed short movies such as Radek (2007), Echo (2008) and Without Snow (2011). The Here After (2015), his first feature film, was screened at the 39th Mostra and at Director’s Fortnight at Cannes Film Festival. Sweat is his second feature film.