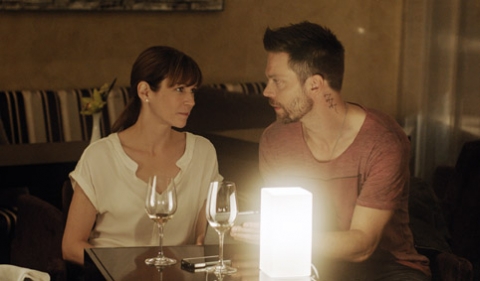 A French architect, Caroline, is on a business trip in Vilnius, Lithuania, and has to spend an extra night in the city due to an overstretched work meeting. At the bar of her hotel she meets Jaakko, a Finnish DJ who is in Vilnius for a gig. Caroline doesn’t speak English, and Jaakko doesn’t speak French. Although they lack a common language, they find themselves enjoying each other’s company. An eventful evening eventually ends up in them spending a night together in Jaakko’s hotel room.


Born in Finland in 1979. His first feature film was the romantic comedy Body Fat Index of Love (2012). Before that, he had directed the short movies Homevideo (2005), Truth or Dare (2008) and Sirocco (2012). 2 Nights till Morning is Mikko Kuparinen’s first English-language work as a film director.