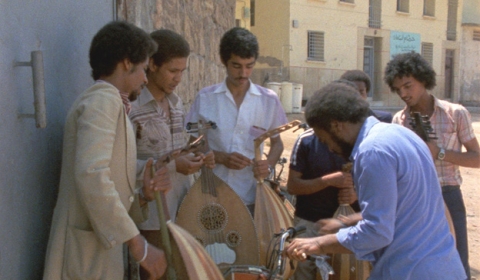 The movie tells the story of the popular Moroccan band Nass El Ghiwane. With political lyrics and an acoustic sound, which draws on the Moroccan trance music tradition, the group became an international sensation and was called “the Rolling Stones of North Africa”. 
Born in Casablanca, Morocco, he is a screenwriter, film director, cinematographer, actor and producer. Made his debut as a director with Oh the Days! (1978), which became the first Moroccan film to be selected for the Cannes Film Festival. Also directed Trances (1981), Burned Hearts (2007), among other films.