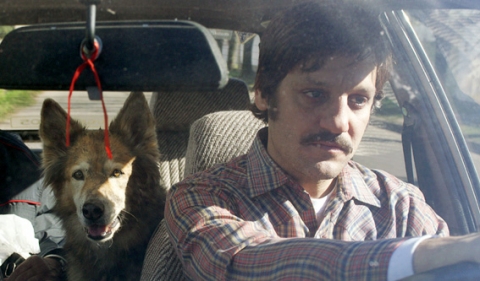 Sebastián, 35, is a man whose passions in life are his favorite rock band, Vox Dei, and his old Peugeot 505. Recently married to Jazmín and in need of money, he begins to work as a private chauffeur. Among his passengers is Jalil, an elderly Muslim, who one morning makes a curious proposal: he will pay Sebastián a great sum if he drives him from Buenos Aires, in Argentina, to La Paz, in Bolivia. Reluctant and full of doubts, Sebástian agrees to the trip, which the old man has planned in detail.


Born in Argentina in 1978. In 1999, he graduated from the Universidad del Cine, in Buenos Aires, and started his career in advertising. In 2010, he took a scriptwriting course with Juan José Campanella and Aída Bortnik. Road to La Paz is his first feature film.