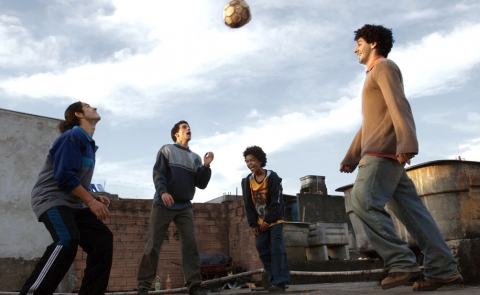 Young Reginaldo frantically searches for his father. Dario often dreams of becoming a soccer player, but the dream keeps getting more and more distant at the age of 18. Dinho is entirely dedicated to religion. Dênis has difficulty in taking care of himself. The four of them are brothers, having been raised by Cleuza, their mother who works as a housemaid e is pregnant once again, unaware of who the father is. They must all go on with their lives, even without great expectations. Winner of the best actress Palm (Sandra Corveloni) at Cannes.