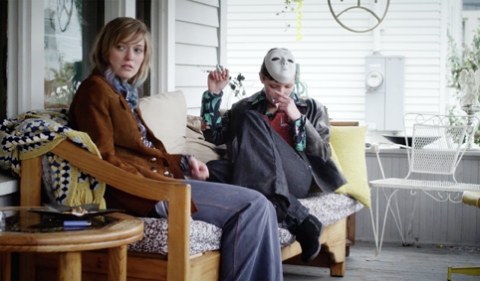 Young sisters Mona and Rachel are left to their own devices after the loss of their parents. Confined to their childhood home and constantly surrounded by nostalgia, the girls have created their own pseudo-realities. Rachel finds solace in her music and old spiritual practices while her older sister Mona turns to unconventional and taboo forms of self-expression. When a man abruptly enters their world, the sisters find themselves facing harsh truths about their past.