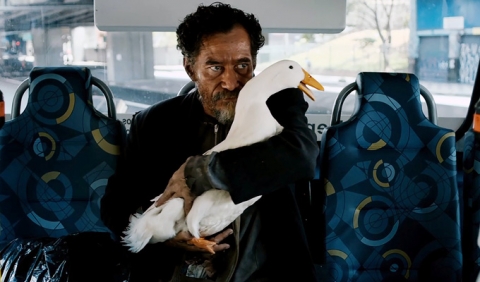 Words with Gods is an exploration of the relationship between different cultures and religion. Aboriginal Spirituality, Catholicism, Islamism, Judaism, Shinto Buddhism, Orthodox Christianity, Umbanda, Hinduism, as well as Atheism find their expression in the film.

Based on a concept by Guillermo Arriaga and arranged in the present order by Mario Vargas Llosa, the film`s nine episodes present different perspectives on religiosity, this distinctly human phenomenon.