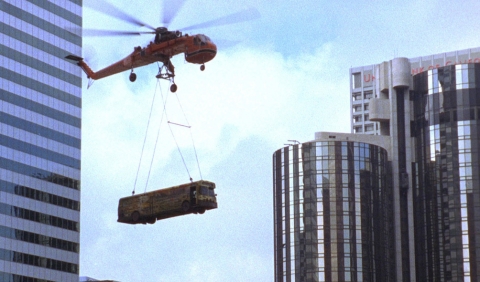 This video essay which explores the way Los Angeles has been presented in movies. Consisting entirely of clips from other films with narration, the film was not initially released commercially and was only seen in occasional presentations at the American Cinematheque and copies distributed via filesharing. 
Born in Chicago, in 1943. Filmmaker, film critic and teacher, he teaches film theory and history at the California Institute of the Arts. He directed the documentaries Eadweard Muybridge, Zoopraxographer (1974), Red Hollywood (1996), Los Angeles Plays Itself (2003) and Reconversion (2012). He is a member of the International Documentary Jury of the 38th Mostra.