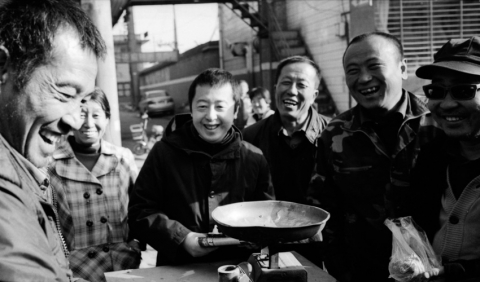 An affectionate portrait of a young Chinese filmmaker who, for many, became one of the most important filmmakers of our time. For this documentary directed by Walter Salles, Jia Zhangke returns to the shooting locations of his films, along with his actors, friends and close collaborators. Jia recalls the inspiration sources for his films, such as Platform, Still Life and A Touch of Sin. The film is the memory of a filmmaker and of a country in convulsion, China, which reveals itself little by little.

Jia Zhangke, A Guy from Fenyang was filmed by a Brazlian team in China through Fenyang, Pingyao, Hong Nan-che and other cities and villages by the Shanxi region, in Beijing, with conversations at the Film Academy, the Fine Arts School and Jia Zhangke’s own production company, Xstream Pictures.