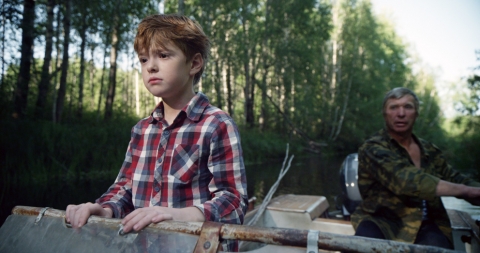 In a godforsaken Russian village, the only way to reach the mainland is to cross the lake by boat and a postman became the only connection with the outside world. A reserved community has been set up here. Despite the modern technologies the people of the village live the way they would in the Neolithic Era. There is neither government nor social services or jobs. The postman`s beloved woman escapes the village life and moves to the city.

Winner of best direction award at the Venice Film Festival.