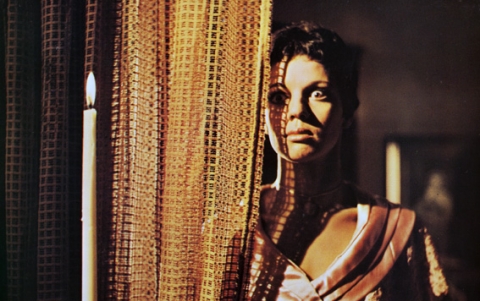 A MULHER DO DESEJO
Brazil

An old and solitary man’s testament leaves his old mansion in Ouro Preto to his nephew, whom is married to a young woman. The two of them move into the mansion and find a menacing butler, whom the testament forbids dismissing. One day, strange events begin to take place: while the house begins to have a life of its own, the nephew’s personality begins to undergo a radical transformation, acquiring his dead uncle’s personality.


Born in 1914 in Santiago del Estero, Argentina, he directed films in his country of birth as well as Peru, Venezuela and Chile. In 1945, he arrived in Brazil. His filmography includes more than 50 films that competed in the major film festivals in the world, among them La balandra Isabel llegó esta tarde (1950), Mãos Sangrentas (1955), Three Loves in Rio (1959), A Intrusa (1979), winner of the best director prize at the Gramado Film Festival, and ¿Somos? (1982, 6th Mostra). He died in 1999 in Rio de Janeiro.