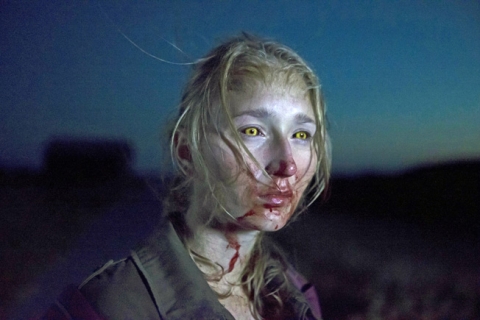 The young woman, Marie, is an outsider in the small coastal community where she has grown up. The townspeople live in fear of her and not least her mother, who is wheelchair bound, suffering from a mysterious illness. When Marie discovers her body changing – long hair growing on her chest and back –, she begins searching for answers concerning her family’s hidden past. 
Born in Copenhagen, Denmark, in 1974. He was art department assistant of Lars von Trier feature films Breaking the Waves (1996, 42nd Mostra) and Dancer in the Dark (2000, 24th Mostra). Arnby directed the short movies Hjemvendt (2001) and Manden Der Blandt Andet Var En Sko (2004). When Animals Dream (2014, 38th Mostra) was his debut as the director of a feature film. Suicide Tourist is his second feature.