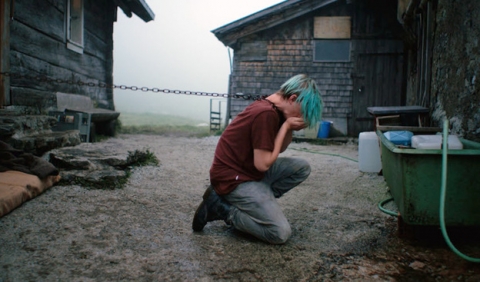 Fifteen-year-old Matteo has no friends and his parents seem to live in a different universe. The pressure increases as his awkward attempts to win his father’s respect fail. One night, two men carry him off. His parents send him to a remote alp, where he is forced to spend the summer working hard on a farm. When Matteo arrives on the alp, a surprise awaits him.


Born in Zurich in 1978, he studied film directing at the Zurich Academy of Arts. He directed several short films and music videos. Chrieg - At War is his debut feature film.