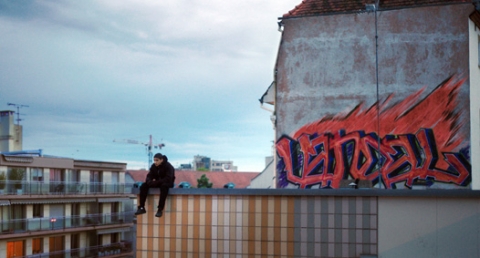 Chérif is a 15-year-old placed under the guardianship of his aunt and uncle. Against his wishes, he has to return to his apprenticeship as a mason. This is his last chance. But every night, graffiti artists descend upon the city`s walls. And with this, a whole new world opens up before him. 
Born in 1981 in Paris. After receiving a philosophy degree, he started working as an actor, director and screenwriter. He directed the short films The Snake’s Double Life (2006) and Lost Paradises (2008). Vandal is his first feature film.