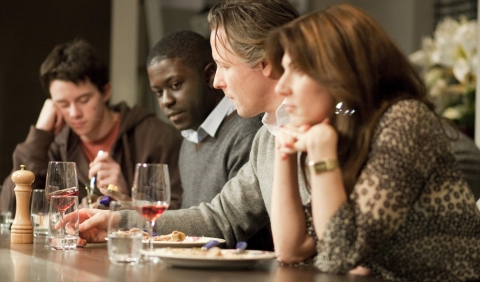 Paul is a failed history teacher who has put his heart and soul into his family and is now confronted with the vulnerability of this happiness. His wife Claire stops at nothing to protect her family. His brother Serge is a politician in the running to become Prime Minister, with his wife Babette by his side. At a family dinner, they avoid everything they actually need to discuss: what they just did which might ruin the future of their children. What could it be? 
Born in Bloemendaal, the Netherlands, in 1954, he moved to the United States in 1972. He wrote the screenplay for Steven Spielberg’s The Color Purple (1985) and Franklin J. Schaffner’s Lionheart (1987) and a story treatment for Spielberg’s Indiana Jones and the Last Crusade (1989). He directed the feature films Max (2002), Martian Child (2007) and Manolete (2008). The Dinner is his fourth feature film as a director.