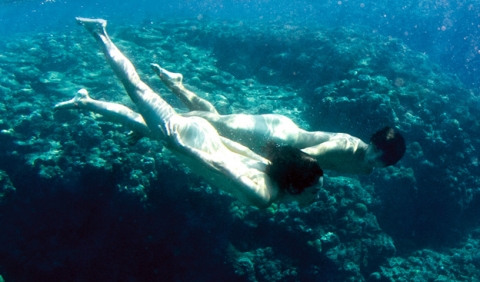 On the Japanese island of Amami-Oshima, traditions involving nature remain eternal. During the full-moon night of traditional dances in August, 16-year-old Kaito discovers a dead body floating in the sea. His girlfriend Kyoko will attempt to help him understand this mysterious discovery. Together, Kaito and Kyoko will learn to become adults by experiencing the interwoven cycles of life, death and love.