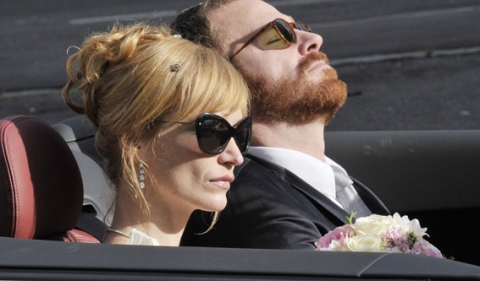 Tereza and Radim’s wedding ceremony seems to be going perfect when a mysterious young man shows up uninvited. He appears to be a friend of the groom and the guests seem to be infatuated with him. When they all gather at the wedding table, cracks begin to appear in the facade of the romance of the couple.