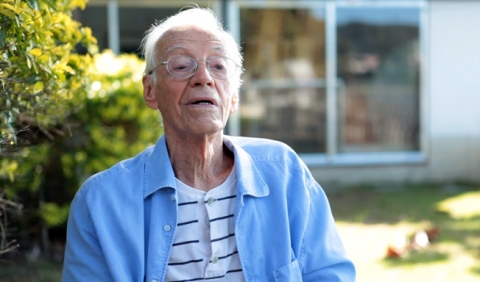 From a screening of the film Before the Summer (1968), at Cinemateca – MAM-RJ, the film follows the rediscovery of the life and career of cinematographer Gerson Tavares. Away for more than thirty years of cinema, the film documents the reunion with his past. 
He is PhD in Communication and author of several books on the history of Brazilian cinema. He also works with Cinemateca – MAM-RJ, operating in the field of audiovisual preservation. The movie Reunion with Cinema (2014) was realized as a part of the Rescue Project of Gerson Tavares’ cinematographic work, which he is creator and coordinator.