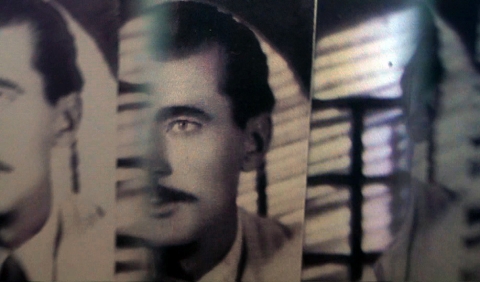 As a child, the director Alejandro Alvarado was told that his grandfather, Pepe, had died. Later, he discovered that after the Spanish Civil War his grandfather actually had moved to Argentina in search of a better life. His grandmother, Mary, has no further information about his whereabouts. Alone with three children, she was forced to leave Spain, starting a diaspora that scattered the family around the world: Spain, France, Colombia, Poland and Canada. A story about the war and its consequences - poverty, exile and repression - that hides unexpected discoveries. 
Born in Malaga in 1975, he specialised in Documentary Film Studies at Universidad Autónoma de Barcelona. Beside Concha Barquero, with whom he directed the documentary Pepe El Andaluz (2012), his first feature film, he also sign productions for TV and several short films. 
Also born in Malaga in 1975, she studied Audiovisual and specialised in Screenwriting for Movie and TV at Universidad Autónoma de Barcelona. She directed the short film La Chimenea (2004). Pepe el Andaluz is her first feature film.