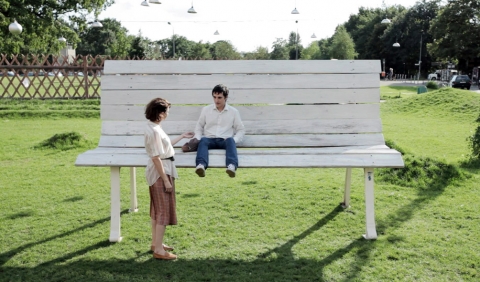 The story of a son who is afraid of everything. Overwhelmed by his dull life, he decides to flee. He starts a journey to nowhere, living other lives. And he finds out that if one day you no longer want to grow, it`s not all that bad. You just have to learn to fly, to fly far away. It`s a story about taking important decisions; and about how each time we make a choice, somewhere within us we make exactly the opposite one.


Born in 1973, in Malaga, Spain, he studied theater at the School of Dramatic Arts in Málaga and screenwriting at the Madrid School of Cinema. He started his filmmaking career in 1999, with a short film Hongos awarded dozens of international prizes. He directed the features Stones (2002, 26ª Mostra) and 20 Centimeters (2005).