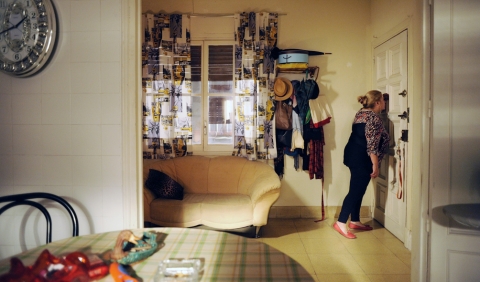 After the sudden death of her husband, Carmen convinces her daughter, Maria, not to announce his passing until she has been able to receive the bonus payment he was waiting for. Over two days, they will have to hide the corpse and mask their mourning within the daily comings and goings of an apartment block in a poor neighborhood in Seville.


Born in Seville, Spain, in 1974, he began as an actor and achieved fame with the comedy television series Homo Zapping (2003). After directing episodes for the series Ácaros (2006), he made his first feature film Carmina o revienta (2010) and the short film La vuelta a la tortilla (2013). Carmina & Amen is his second feature film, as well as a sequel to his debut.